What next for Connor Ronan? 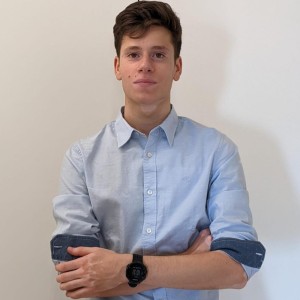 Connor Ronan has been a surprise inclusion to Bruno Lage’s 30-man squad, travelling to Spain for a two-week training camp.

The 24-year-old from Rochdale has been on Wolves books since the summer of 2014 when he joined at the age of 16. He quickly progressed through the ranks and in 2016, he made his first team debut in a 2-0-win vs Nottingham Forest, having come on as a late substitute for Helder Costa. Under Paul Lambert, Ronan managed to amass a total of four Championship appearances and featured twice in Wolves FA Cup run, the historic 2-1 away win at Anfield and the home fixture vs Chelsea.

The Following season in a new and revamped Wolves, which saw Nuno Espirito Santo take charge, the young midfielder featured occasionally, with three appearances from the bench in the Championship and four in the EFL Cup.

Carabao Cup Fourth Round vs Man City, this was Ronan’s last match in an old gold and black shirt before being sent out on loan six times to teams in various leagues and countries.

Spells out on loan

Halfway through Wolves Championship winning season, Ronan headed out on loan to get game time and experience, he did so at League One side Portsmouth, under the guidance of former Wolves manager Kenny Jackett. While at Pompey he made nine starts, eight appearances from the bench and provided one assist as they had a top ten finish and missed out on the League One play-offs by two places.

Having had a brief taste of League One action and ready for more, Ronan departed Wolves on transfer deadline day to join local side Walsall on a four-month loan deal. The switch seemed and looked to be the best for all parties involved. Walsall had had a very good start to their season, unbeaten in their first five matches, in the playoff area and it was thought Ronan would be able to kick on and flourish. Unfortunately, this was not to be, his game time was very limited and scattered, he made just eight starts, and seven cameos as a substitute with one assist. Once the four months had passed the loan was not renewed. He returned to Wolves as they searched for a more adequate destination and in the meantime, Walsall would struggle that season and be relegated.

With Wolves teammate Christian Herc back in his homeland and thriving at Slovakian side FC DAC, Wolves decided to loan him and Daniel Csoka to the Fortuna Liga. It did not take him long to get going and after three matches he was a regular fixture and played all the 90 minutes in the following 11 games. With a great end to the season for the club and the Ireland international, they were now in a very good position for the upcoming season, as it was also confirmed he would be at DAC for the first half of the next season.

While Wolves were charging through the Europa League Qualifications in 2019, Ronan was also in action with DAC, scoring in the second leg of their first-round fixture vs Cracovia. He would continue to thrive and gain confidence during this loan playing a total of 20 games with one goal and four assists. The only thing that managed to stop him in his tracks was a fractured rib which side-lined him for a month. Once the loan came to its natural end it was time for Ronan to head back out on loan to League One, this time with Blackpool, where unfortunately due to the covid-19 pandemic, League One clubs voted to curtail the season. In his brief stint with the club, he still managed to catch the eye of many fans and produce some Man of the Match performances.

In 2020, league football slowly restarting and a new chapter and adventure for Wolves, as they have entered in partnership with Swiss side Grasshoppers. Connor Ronan, having just signed a new deal until 2024, was sent out on loan to the Challenge League along with Toti Gomes and Leo Bonatini. He did not have the best of starts as he sustained an injury during pre-season and missed out on the first two fixtures. Having recovered he did manage to slowly get going and help push the Swiss side to promotion to the first division, but his season did end two games in advance as he suffered a metatarsal fracture. So, overall it was a good experience for Ronan but at the same time an unfortunate one with injuries.

Having recovered from the metatarsal injury, roaring and ready to get back into action the midfielder was sent up north to play for St Mirren in the Scottish Premiership in 2021. This loan move would prove to be his most fruitful, finally showing his true ability confirming this by winning Player of the Year, social media Player of the Year and the goal of the season. This was not the first time Ronan has won an award, in the 2016/17 season he won Wolves Young Professional of the Year. His numerous Man of the Match performances and the tally of 30 games, eight goals and five assists certainly caught the eyes of many fans and even the coaching staff at Wolves. He was part of the group of loanees that trained at Compton during January and now he has been given the chance to impress while in Spain, ahead of the likes of midfield counterpart Bruno Jordao, who has been deemed surplus to requirements.

The Irish international who stands at 5ft 7, is a very technically gifted right-footed midfielder that has mainly occupied the central midfield position but can also be adapted to play in an attacking or defensive midfield position. His main key attributes are his short and long range passing. He is also a very good set-piece taker and has regularly taken them while out on loan.

What does the future hold this season for Ronan?

Even though it seems like he is still a very young and promising talent, it must be noted that he is 24 years old, just one year younger than the very experienced and much-adored Ruben Neves. He is now at a crossroads. Is he a late bloomer just like Max Kilman? Ronan must not be brushed aside because Bruno Lage must have seen a spark in him if he has given him a chance by including him in the 30-man squad, where his teammates have pleasantly been impressed and open to him staying. Ronan has seen a number of minutes in pre-season and has impressed in a midfield role. He’s also registered two assists from set pieces.

Interest has been shown in him, firstly by Aberdeen where he would be reunited with his former St-Mirren coach and then by Hearts which offers good wages and guaranteed European group stages. As of now though, no concrete offers have been placed and Hearts are very hesitant about paying the 500k that Wolves were demanding for him back in June.

In my opinion, the fee that we are reportedly demanding, to begin with, is very low for what he has to offer and with Wolves current situation it would benefit us more if we kept him, at least for the upcoming season. It seems and looks very difficult to imagine a massive influx of incoming players at Molineux any time soon. The current squad depth in the team isn’t great and much worse can be done than keeping Ronan. It remains obvious to be said that he isn’t a starter or close to knocking either Ruben Neves or Joao Moutinho from their places, but he could be a good rotational player. Compared to the likes of Luke Cundle, Joe Hodge and Harvey Griffiths who are currently training with the squad, he has experience at professional level and keeping him would possibly allow at least one of the previous three to head out on loan and gain vital experience.

Once again, it remains to be emphasised that keeping Ronan will not resolve our midfield problems or more widely with the whole squad, but he can be an alternative and another option who has worked his way up the ladder and always been determined to make his mark and play at Wolves again.