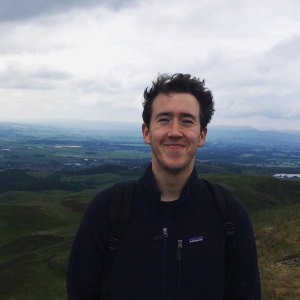 Wolves fans will have reason to be excited after the performance against Besiktas in Alicante. Raúl Jiménez opened the scoring by winning the ball from the Besiktas keeper and rolling it into an empty net. Podence scored not long after having been set up by a sparkling run and pass from Rayan Aït-Nouri and Pedro Neto rounded the goalkeeper for a third before halftime. Supplemented by further dangerous attacks in the second half and little pressure on the defence, it was a very satisfactory outing for Bruno Lage’s men.

Thrown into the starting line up against high profile opposition, Smith was nerveless. He made a smart early save from a free kick and looked comfortable distributing the ball during some early Besiktas pressure. In the first half he also came out sharply to nullify a 1 on 1 chance and made another strong save direct from a cross in the second half. Earned a clean sheet that he can be very happy with.

A quiet game for the right back. Tested minimally defensively, he made a block early in the game and then started to work the ball inside to Moutinho and Neves in the second half. He really didn’t have much to do.

He was overshadowed by Kilman in the first half, with a couple of clever interceptions balancing out being caught out of position to let Besiktas in on goal. He also missed a sitter with the goal gaping from a set piece at the end of the half. In the second half, he showed composure to work his way out of some pressurising situations and became more dominant once his defensive partner was replaced by Conor Coady. All in all a fairly encouraging outing in Wolves’ new formation.

Kilman was solid, being entrusted with the lion’s share of defensive possession when Besiktas pressed high early in the game. He also burst forward on occasion, including threatening to repeat his Alaves wondergoal by stepping up into the opposition half on a mazy run. Typically consistent, and looks set to be the anchor in Wolves defence for large parts of next season.

A tremendous outing for the young Frenchman and potential big club suitors will have been impressed by his attacking prowess. After looking shaky in possession early, he created the second goal with a brilliant nutmeg, driving run into the box and then a precise pick out of Daniel Podence. He added to this with some excellent interplay with Pedro Neto and then some outrageous skill to pass three Besiktas players in midfield. Continuing to threaten in the second half, he was the man of the match amongst a number of excellent Wolves performances.

Wolves’ talisman did all the small things right, comfortably controlling the tempo and playing a few of his trademark passes. He covered a lot of ground, getting forward at times while also dropping deep in the first half to prevent Collins and Kilman from being flooded. He’s had more notable games for Wolves but he did his job comfortably.

The 35-year-old showed early in the game a willingness to get stuck in as always. He looked to be overwhelmed slightly in midfield early on as Wolves looked to long balls for outlets but in the second half he put his stamp on the middle of the pitch. Boundless energy that shouldn’t be surprising, but in a pre-season game it is even more impressive that he is performing to this level at this age.

Coasted through the game, with plenty of excellent turns and touches in tight spaces. Linked very well with the rest of the front three and played some beautiful passes. He was very assertive and helped to carry Wolves through the lines on plenty of occasions. The only black marks on a very polished performance were giving the ball away a couple of times (although this is expected with his playing style) and a bad miss when he hit the bar from a headed Dendoncker cross. A lot to look forward to from MGW this season.

Podence needs to add more goals to his game and this run-out showed positive signs but also why he has scored so few. He might have grabbed a hat trick, with a smart finish for the second goal added to forcing a couple of saves from Ersin in the Turkish side’s goal when he maybe should have done better. He also threaded through a nice pass for Neto’s goal and showed his technical excellence with some outstanding interplay. Moved into a false 9 role in the second half he brought his attacking partners into the game excellently, with what became a pure front three looking very fluid and dangerous.

Pedro Neto was terrific in a very well-rounded performance. A willing runner in behind early on, he pressed hard and deserved his goal having stayed composed when the goalkeeper got a hand to the ball while he rounded him. He looked excellent when switching wings and was maybe the most consistent threat in old gold all game. He linked up superbly with Aït-Nouri on the left and was a close second to him as Wolves’ standout on the afternoon.

Jiménez is still clearly not at his best, but there were further recovery signs. Following up a Neves free kick early he missed with the goal gaping, snatching at a chance with the outside of his boot. However, he immediately followed up by capitalising on a disastrous mistake from the Besiktas keeper to give himself a tap in. He also pressed hard all game and almost connected with Neto through a couple of smart flick-ons. Removed as an injury precaution just before half time, hopefully, an open play goal will continue to build his confidence.

Dendoncker looked useful replacing Raúl Jiménez. Dropping into midfield with Neves and Moutinho, he showed some signs of the ‘old’ Dendoncker, covering lots of ground and adding a useful body getting forward. He set up good chances for Podence and Gibbs-White and consistently made his presence known.

Coady was brought on with the game all but over and had next to nothing to do. He was outpaced on one stage by an unthreatening ball over the top but he did what he had to do keeping possession ticking out of defence. This game was not a test that shows whether or not he can play in a four-man defence against strong opposition.

Cundle didn’t have a huge amount of opportunity to assert himself, but he was willing to show for the ball and looked fairly tidy when he had it. He played further forward than might be expected as Lage experimented a bit more wildly with the game out of sight.