Patrick Cutrone: Where did it all go wrong? 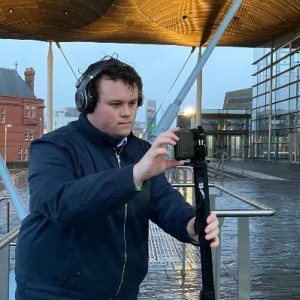 Somehow Patrick Cutrone will start the season as Wolves’ number one striker.

As it stands then, Wolves are in the slightly odd position of there being no expectations that their only remaining senior out and out striker will score a goal or even play a single minute in the 22/23 season.

But where did it all go wrong for Cutrone? There have been several strange transfer decisions since Fosun took over in 2016 but the Italian didn’t seem to be one of them.

A reluctance to sign anyone in the month of January has been a source of frustration for Wolves fans for a number of years now. The abject failure of the Adama Traore Barcelona deal is a beyond a parody. And who can forget the sheer insanity of the 16/17 summer window – just over a month of the new owners seemingly throwing everything at a wall and hoping something would stick.

But it’s the man from Italy who can stake a reasonable claim to being the biggest head-scratcher of the past five years.

Signed from AC Milan for a reported £16m in 2019, Cutrone was expected to provide a bit of healthy competition for the then-imperious Jimenez. A product of the Milan academy, he was deemed surplus to requirements at the San Siro; his situation having not been helped by the revolving door of managers to grace the dressing room of I Rossoneri.

Initial reaction to his signing was – on the whole – one of excitement. Having secured European football at the first time of asking, confidence was high amongst supporters.

The successful signings of Diogo Jota, Ruben Neves and Jonny had proven there was method in Wolves’ targeting of young continental players who could then slot fairly effortlessly into the system Nuno had established to great success.

More than a few tweets under the announcement that Cutrone had penned a four-year deal were supportive and underlined the idea that “evolution, not revolution” was now the club’s mantra in the transfer market.

Other comparable centre forward signings in that same window don’t paint Wolves’ business in a bad light either. The last summer window pre-COVID had led to some frankly ludicrous transfer fees (West Ham dropping £45m on Sebastian Haller and Leicester’s inexplicable £30m signing of Ayoze Perez prime amongst them) and fans were relieved to see that Wolves weren’t going to let continental football go to their heads.

The overwhelming sense was that Wolves’ transfer team had a lot of credit in the bank and that Cutrone was another useful option up front.

Unfortunately, this wasn’t going to last.

The Premier League is a daunting prospect for many a new signing. For every Sergio Aguero, there’s an Alvaro Morata; for every Son, a Falcao. It’s the most physical of the major European leagues and Nuno’s regimented formation-based game had taken multiple signings months to adapt to.

It quickly became apparent that Cutrone was going to play second fiddle to Jimenez – not entirely unsurprisingly it must be said but with Wolves in four competitions, game time wasn’t going to be a problem.

In the first half of the Premier League season, Cutrone started just three games and made a further nine appearances from the bench. Goals against West Ham and Chelsea in the league (and one against Villa in the Carabao) remain his only scoresheet contributions for Wolves. Nor could he make his mark in Europe, failing to score in ten games. It was clear he was struggling with the intensity of his new league and team and was visibly short of confidence on the pitch.

With his Wolves career compounded by a particularly bad miss against Braga in the Europa League – missing the goal entirely from about six yards out – disquiet began to grow. It wasn’t that Cutrone was unpopular (fans who visited Molineux in that season were often caught singing unimaginatively about the Italian’s love of pizza and pasta), but it was obvious that the player was struggling in his first time playing away from his home nation.

A tale of three loans

Nuno evidently agreed and shipped him to Fiorentina that January on an eighteen-month loan deal. The deal included an option to buy and many fans, this one included, thought that was the end of that.

The horror injury to Jimenez a year later meant he was recalled to Molineux – having hardly set the world alight in Florence. His agent moaned that he was “gone into oblivion” after barely starting any games and notching up just five goals in 34 matches. Cutrone himself even mentioned that “Wolverhampton didn’t trust [him] anymore”; not the words of a man expecting to return to his parent club.

Another four games in the Old Gold (no goals) and the loan signing of Willian Jose (himself only getting one goal in 17 so hardly a huge upgrade) meant that Wolves were comfortable enough to send him out to Valencia before the window shut.

After failing to score a single goal in Spain, in admittedly only seven appearances, Cutrone found himself back in the Midlands and impressing under new coach Bruno Lage.  This led to yet another loan spell, this time to newly promoted Italian side Empoli and another poor season in front of goal. In total, Cutrone has scored eight goals in 72 appearances out on loan. He also has the unfortunate distinction of having played for as many loan clubs as he has scored goals in all competitions for Wolves.

What next for Cutrone?

With a mere 12 months left on his contract, the most likely scenario now is either yet another loan move or a cut price move away from Molineux. Any chance of Wolves recouping anywhere near the £16m seems like a pipe dream, and for a club that repeatedly tells us we need to sell in order to buy, this will undoubtedly be seen as a crushing failure.

Even putting aside any talk of a transfer fee, it remains to be seen if any club can be tempted by a striker whose game-to-goal ratio was equal to that of full-back Jonny. There’ve been reports that a trip north of the border to the Ibrox is under consideration, although this will depend primarily on whether Rangers want to move on Alfredo Morelos. He’s also been linked to clubs in both Italy and Spain.

There’s only a week left before the Premier League season kicks off and it’s believed Wolves are more likely to utilise a rusty Hwang Hee-chan, or Podence in a false nine, than give Cutrone what would be his fourth fresh start in a Wolves shirt.

Perhaps it was never to be for Cutrone at Molineux, but for a player who has made such little impact on the pitch, he’ll always be remembered for what could have been.