How good can Rayan Aït-Nouri be? 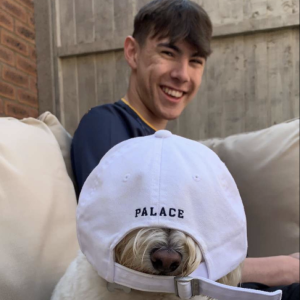 Fosun’s takeover in 2016 has undoubtedly introduced us to a new way of ‘playing’ the market. We have seen Wolves sign many players who were labeled as ‘wonderkids’. As early as the championship we saw an investment in our prized Ruben Neves. Plus since then, we have put investment in youth players with big potential and low cost (Hoever, Mosquera, Collins… the list goes on). Whether these signings pay off or not is forever in question, but throughout the years they continue to try to make a name for themselves.

Within the last month, one of them has given us something to shout about. And unfortunately, we are not talking about Fabio Silva.

The French under-21 international, Rayan Ait Nouri has come on leaps and bounds in the last couple of years at Wolves, and he has recently made the left-back position his own. He truly symbolises the potential of Wolves doing something special this year.

Ait Nouri joined on loan originally from Angers in 2020, where he played in Nuno’s side for a year. He was then bought by Wolves for approximately ten million pounds in 2021. The fee was negotiated from twenty million to ten million, but Angers will be owed 50% off the fee should Wolves sell him. Wolves now have an option to buy this out at any given point.

Ait-Nouri has been in and around the starting XI for both years he has been at Molineux, but he has impressed hugely in preseason slotting into Bruno Lage’s back four at left-back. As Lage ball uses the evolved full-back that has shone in modern-day football.

The Left back role

Especially in the premier league full-backs are now becoming more pivotal in play. This new era of the left-back is particularly epitomised in Liverpool’s Andy Robertson, City’s Cancelo, and Chelsea’s Chilwell. These left-backs have fewer defensive responsibilities in order to be a threat when their respected teams are on the front foot. I think all Wolves fans can agree, that with some solid top-flight experience, Aït-Nouri would suit this evolved role perfectly.

Unfortunately, Wolves have not let Aït-Nouri have this freedom. The team has been based around the defensive power Nuno enforced towards the end of his tenure.

As a 19-year-old coming to play Premier League football, I think we all knew it would be tough for Rayan to properly adapt. In summary, his first season was okay. Wolves were a shadow of their former European selves. It would have been hard for a 19-year-old left back to make a huge difference.

I don’t think anyone expected Aït-Nouri to play many games. Chances may have included coming on as a substitute to show his skill or starting against weaker opposition. Plus, I think we all got the interpretation that he was young talent and another investment opportunity, much like Ki-Jana Hoever.

However, with Marcal getting injured every other game, Nuno had to trust the 19-year-old to hold the LWB position in his renowned back five. We did get a taste of Aït-Nouri’s attacking abilities in his goal against Palace in a 2-0 win. However, it was spotted he was defensively weaker than Jonny and Marcal, which in turn brought some criticism on whether he was worth the ten million pounds about to be spent.

Going into last season, most Wolves fans would have been happy for Aït-Nouri to be used as an attacking sub when in need of some creativity or flair in the left-back role. It was obvious Marcal was more defensively reliable. According to FBREF Marcal averaged more blocks, aerial wins, and successful clearances per 90 minutes, subsequently meaning Marcal would play the tougher fixtures. Although Aït-Nouri showed a much-improved defensive LWB according to SofaScore. his defensive stats improved drastically (doubling in some cases) and he averaged a 6.90 across the season compared to the 6.60 he averaged in Nuno’s last season at Wolves.

Despite us all wanting a change, Bruno Lage still held Nuno’s Wolves blueprint of a solid back five. This was not geared towards Aït-Nouri’s capabilities – although he did shine in games. An example of this is the brilliant defensive display against Liverpool at Molineux. Some would say ‘pocketing’ Salah. He did the same against the likes of Raheem Sterling at the Etihad too.

Just as preseason comes to an end, I think it’s safe to say Aït-Nouri needs to play. With Marcal gone and Jonny fighting for the right-back position, Aït-Nouri has cemented his place within our team. Aït-Nouri has shown his clear intention of playing high-level football.  Throughout watching the preseason games, I have seen an aggressive and defensively reliable side to Rayan adding to his attacking threat (a glimpse of this was his assist in the 3-0 win versus Besiktas). This is a much different Aït-Nouri than I watched in Nuno’s season with him.

Although Rayan’s silky skills and close control make him stand out, his defensive aspect of the game is still underrated and continues to improve. The Frenchman seems to have come back to pre-season a lot more mature in his play. His ability to be resistant to a press and break lines with his dribbling means he has all the attributes to be a complete modern-day full-back.

What to expect from Aït-Nouri in the future

If Wolves are going to kick on this season, I really believe Aït-Nouri will play a pivotal part in this. After a strong preseason, our French Left back has shown his true golden potential. It could be a renowned season for Aït-Nouri and Wolves. Although, this impressive start hasn’t gone unnoticed. Manchester City seems to be in pursuit of our talented LB in search of their new attacking full-back.

If we do manage to keep Rayan, I would expect a lot more freedom in Lage’s new system. Considering I was quite disappointed with Aït-Nouri’s initial signing, I am pleasantly surprised that his progression has certainly put him in the limelight as the new wonderkid in Wolves’ youthful squad. I cannot wait to see what he does in the season ahead.