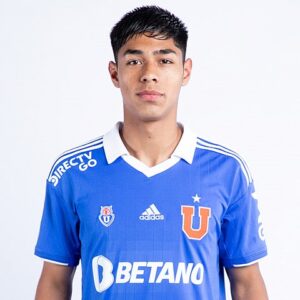 Wolves have reportedly made a new and improved offer for Dario Osorio according to TNT Sports Chile.

It was reported back in June that Wolves reportedly offered Universidad de Chile €3.5m for the 18-year-old and Wolves have since gone in with an improved offer.

Osorio, who plays primarily as a left winger and has scored four goals in 13 games this season.

According to reports in Nigeria, Wolves are among the clubs reportedly interested in signing Genk striker Paul Onuachu.

Clubs such as Atletico Madrid, Bayer Leverkusen and more are also said to be interested in the 6ft 7” striker who is valued at €18m.

It’s no secret that Bruno Lage wants another striker who can dominate in the air and Onuachu certainly fits that profile.

It’s understood the player would prefer a move to the Premier League.

Trincao to join Sporting for for €10m

According to Record_Portugal, Francisco Trincao is set to join Sporting for €10m with Barcelona will keep 50% of his economic rights.

It was reported earlier this week that Wolves would receive 20% sell on fee from Trincao’s next move.

Although the fee is a fraction of what Barcelona had quoted Wolves to make Trincao’s move permanent, the 50% sell on fee would have surely put Wolves off.

Meritan Shabani and Renat Dadashov have both left Wolves to join Grasshoppers on a permanent deal.

Both players have struggled with serious injuries during their time at Wolves.

Both Shabani and Dadashov have signed two-year-deals with an option of an additional 12 months.

You can keep up to date with all the Wolves transfer rumours as they happen over on the Talking Wolves Twitter.