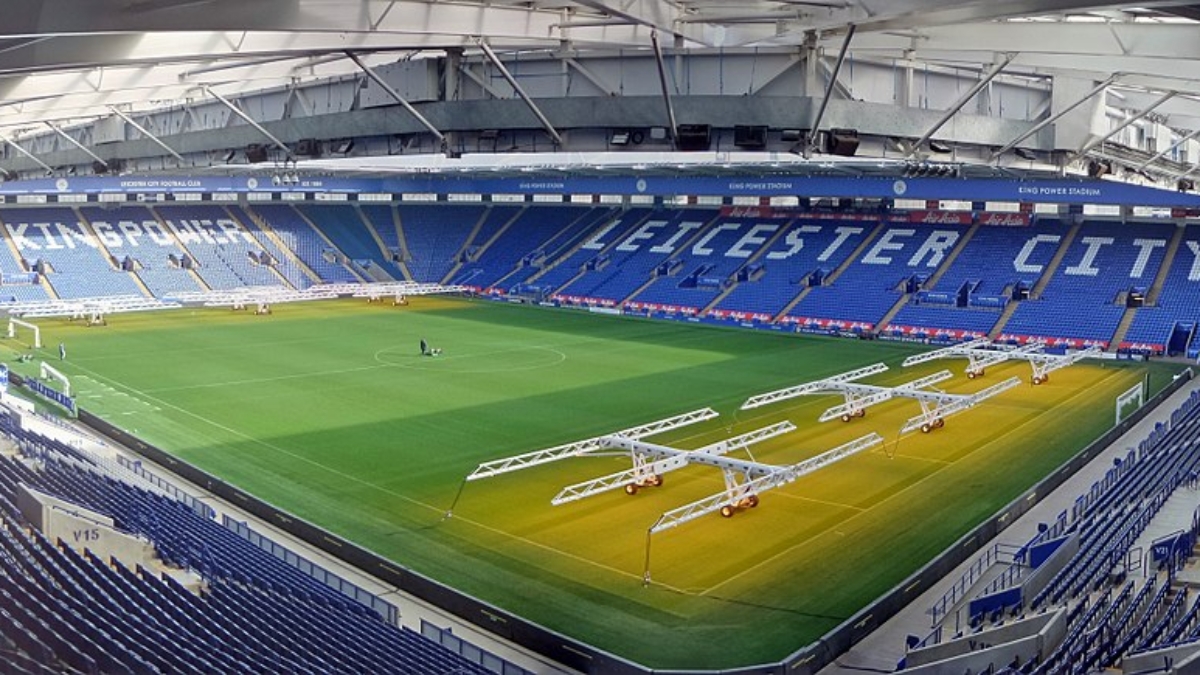 Bruno Lage suffered defeat in his first game in charge of Wolves after a first half Jamie Vardy goal gave Leicester all three points at the King Power Stadium. It was an impressive performance from Wolves and the noisy travelling support showed their appreciation at full time ahead of a full return to Molineux next week. With five senior players unavailable, and new signings expected in the coming weeks, Wolves’ opening day performance was certainly something to build on as the new era gets underway.

A Premier League debut for the new Wolves number one who put in a confident display. He dealt with everything that came his way with good shot stopping and aerial ability but could do little with Jamie Vardy’s clever flick which led to the winning goal. Wolves’ fans saw glimpses of what he can do with his feet too, with the Portuguese looking like a solid replacement for Rui Patricio. 7/10

A very impressive defensive display from Max Kilman who limited Leicester’s threat down the left flank. Kilman was impressive on the ball and looked to link play with the midfield which meant he found himself in advanced positions frequently in the second half. He had one shot blocked at close range and has done himself no harm at all in staking a claim to be a first team regular under Bruno Lage. 8/10

A poor display from the Wolves captain following his return from the England Euro 2020 camp. He was partly at fault for the goal, failing to move towards the cross and clear despite having an obvious special advantage on Jamie Vardy. Vardy caused problems all afternoon with Coady’s lack of pace a concern. He did redeem himself on more than one occasion with a last-ditch tackle, but his performance will have to improve if Wolves are to persist with a higher defensive line. 5/10

Like Coady, Saiss struggled with the pace of the Leicester forward line and was often found slacking in the higher defensive line which Lage wants to implement. He was strong in the air when defending set pieces, but his struggles have highlighted the need for defensive reinforcements before the transfer window closes at the end of the month. 6/10

Given his chance from the off with Nelson Semedo having missed a week’s training due to COVID-19 isolation and Hoever certainly did not do himself any harm with an impressive performance. Hoever was strong in the challenge and defended well in partnership with Kilman. He looked far more comfortable on the ball in comparison to last season and looked to link with Trincao down the right-hand side. If he improves his final ball Hoever could become an excellent option at right wing back this season. 7/10

Was widely tipped to leave Molineux this summer but Moutinho looks set to stay for a fourth season in the West Midlands. He produced a solid display on the ball with an obvious increased intensity in comparison to last season. His pass through for Traore to create the chance of the first half was sublime, but his set pieces were poor and led to him giving up duties to Trincao in the second half. 6/10

Like Moutinho, Ruben Neves was solid in the midfield and didn’t really put a foot wrong. He will have wanted to have a greater impact on the game in the final third as he plays in a slightly more advanced role under new Head Coach Bruno Lage. 6/10

The forgotten man from last season had an excellent pre-season and continued this form into the league. He looked comfortable at left wing-back and looked to contribute to attacks where possible. He will perhaps be disappointed to have let Ricardo put the cross in for the goal but otherwise had an impressive afternoon and could be a very useful option if he can remain fit this season. 7/10

Wolves’ second Premier League debutant showed glimpses of quality and technical ability without having a real impact on the game. He had one good chance cutting in on his left foot in the penalty area, but his shot was blocked. He also showed to be a competent set piece taker which will be a welcome sight to many fans after causing much frustration last season. 6/10

A very welcome sight to see Wolves’ number nine back out in competitive action again in front his adoring fans. Jimenez did not get into the game as he would have wished, but still showed glimpses of his old self in his hold up play and aerial presence in the penalty area. Hand any of Traore’s glaring chances fell to the Mexican Wolves would almost certainly have walked away from the King Power with something to show for it. 6/10

The main talking point of the afternoon was most definitely Adama Traore. Used his pace to great effect all afternoon and terrorised the Leicester defence who quite simply could not cope with him. Quite how he didn’t score one of his three glorious chances only he could answer, and he will no doubt feel responsible for Wolves not taking at least a share of the spoils. There is no hiding it, Traore should be scoring the chances that he created. 5/10

Came on to add more physicality to the midfield as Wolves pushed more men forward in the second half. Did his job well without having any real impact on Wolves going forward in their search for an equaliser. 6/10

His fresh legs injected great energy into Wolves just as they started to tire, and he was at the heart of the late spell of pressure from the away side. Unfortunately, none of the half chances that he created resulted in the equaliser Wolves so desperately wanted. 6/10

Played the final five minutes meaning he had little chance to get into the game. Would have perhaps been better to bring him on earlier and try to stretch the Leicester back line more. N/A

Wolves return to Premier League action as they face a tricky test away to Leicester City. The side come into the season shrouded in uncertainty and being seen as very much unknow quantities.

The appointment of Bruno Lage has given Wolves a new direction to go in and seemingly gives them the chance to hit the refresh button. Pre-season has certainly been a big of mixed results and performances, but with some key differences in playing style (a much higher defensive line and more aggressive pressing).

Signings have been few and far between, with sell to buy being the message. Leicester City have seen injury difficulties force their hand in the window, with the recent signing of Jannick Vestergaard covering the hole left by Wesley Fofana, who could be out for the season with a broken fibula. Ryan Bertrand also signed on a free deal to add more competition to the Left Back spot. They have also added extra steel in midfield with the incoming Boubakary Soumare – who signs off the back of a few excellent seasons with Lille.

The signing of Patson Daka has been an encouraging lift for Brendan Rodgers, as Leicester have more depth in attack. Wolves have boosted their wide options with the loan signing of Francisco Trincao and added extra depth in central defence with young prospect Yerson Mosquera joining – although a hamstring injury has him missing the first few games.

Rayan Ait-Nouri has joined permanently, and Jose Sa was brought in to replace Rui Patricio.

Both sides come into the game with problems at centre back, the aforementioned Fofana and Mosquera are both sidelined, but Wolves are also missing Willy Boly who has again fallen victim to another short-term injury.

Jonny, Pedro Neto and Daniel Podence are also still out for Wolves, with the first two still in recovery for another few months. With the limited attacking and defensive options, we could see Wolves start with a more conservative approach when thinking of the Dangers of Jamie Vardy, Kelechi Iheanacho and Daka.

Leicester has always been a close game since Wolves were promoted back to the Premier League (aside from the 4-3 Wolves win at Molineux) so I think we can probably expect something similar here. Whilst much has been made about the lack of strength in Wolves’ defensive areas, they were certainly solid for the most part against Celta Vigo and I think the core ability of organisation could still resonate from the Nuno days.

The high pressing and fast pace of Wolves’ transition play in the second half at Molineux last week fills me with some hope that, if they produce the same energy, the side can catch Leicester off guard and fight out a 1-0 or 2-1 win. The reality is that I expect them to start slow but gradually build themselves into the match as they did under Nuno. I think with a boost of confidence Wolves can certainly get a result.

Ruben Neves and Laender Dendoncker looked solid against Celta Vigo so I think a change in management and playing style could suit them better as a pair. Although with defensive shortages we could see Dendoncker drop back into defence. 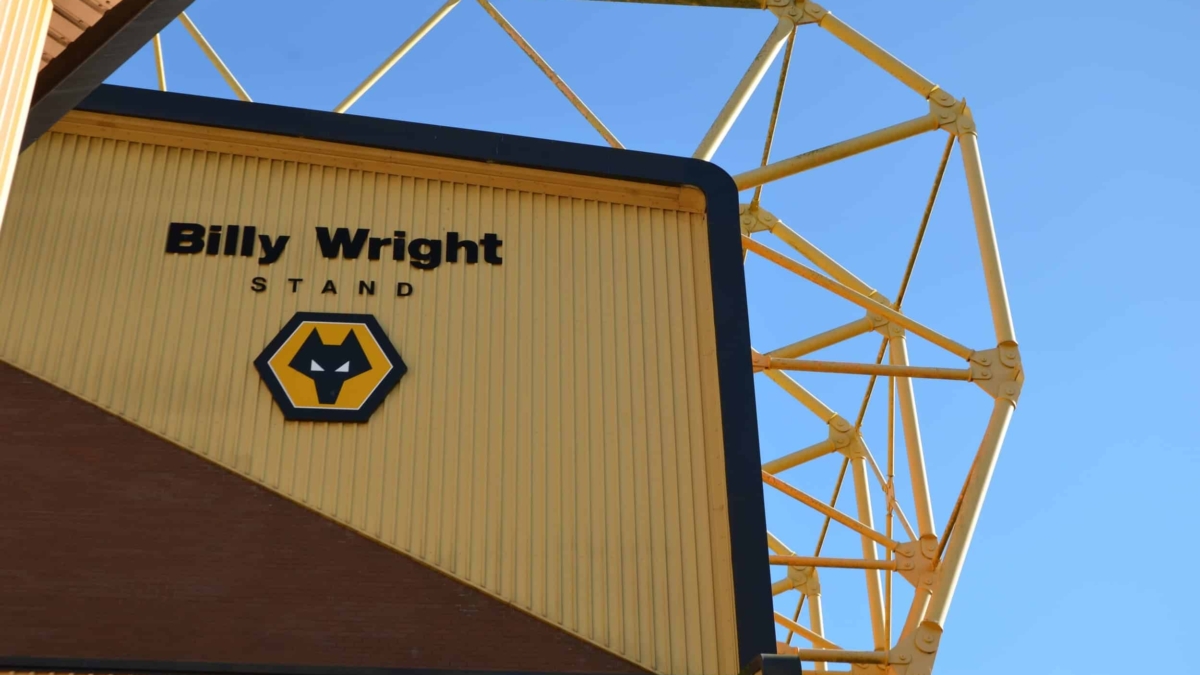 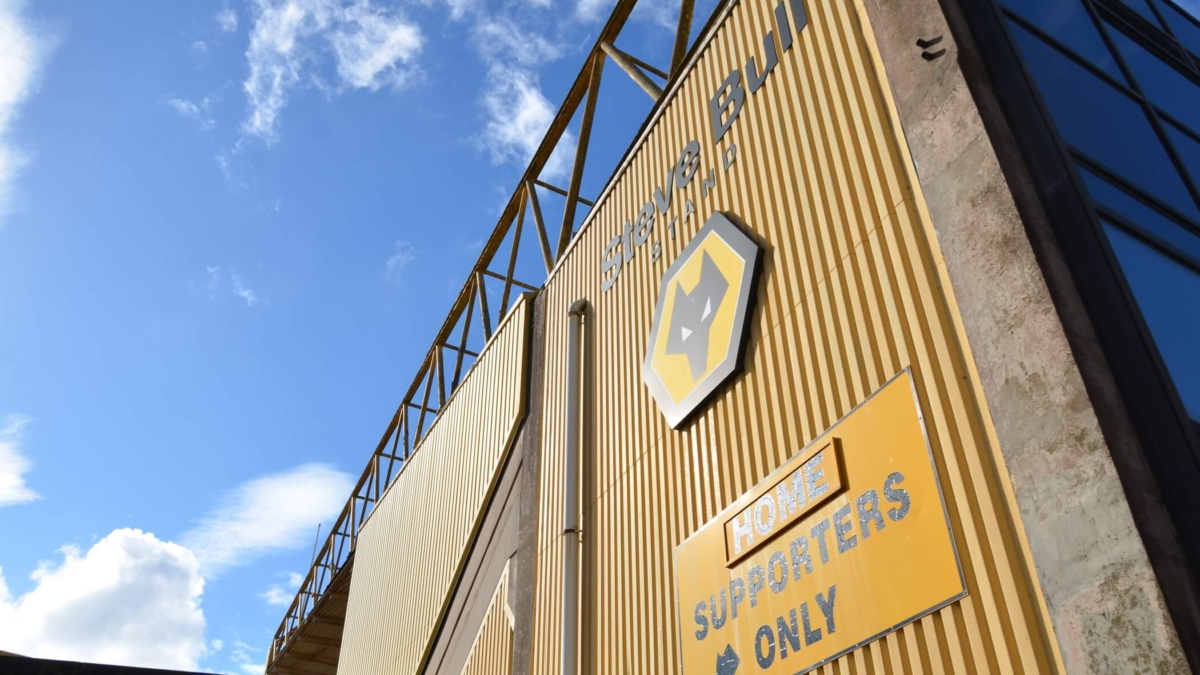 Wolves picked up a rare clean sheet as they drew 0-0 with Leicester at Molineux, but they will feel like they should have picked up 3 points

Wolves look to build on their much-needed win against Arsenal as they face high flying Leicester City at Molineux.