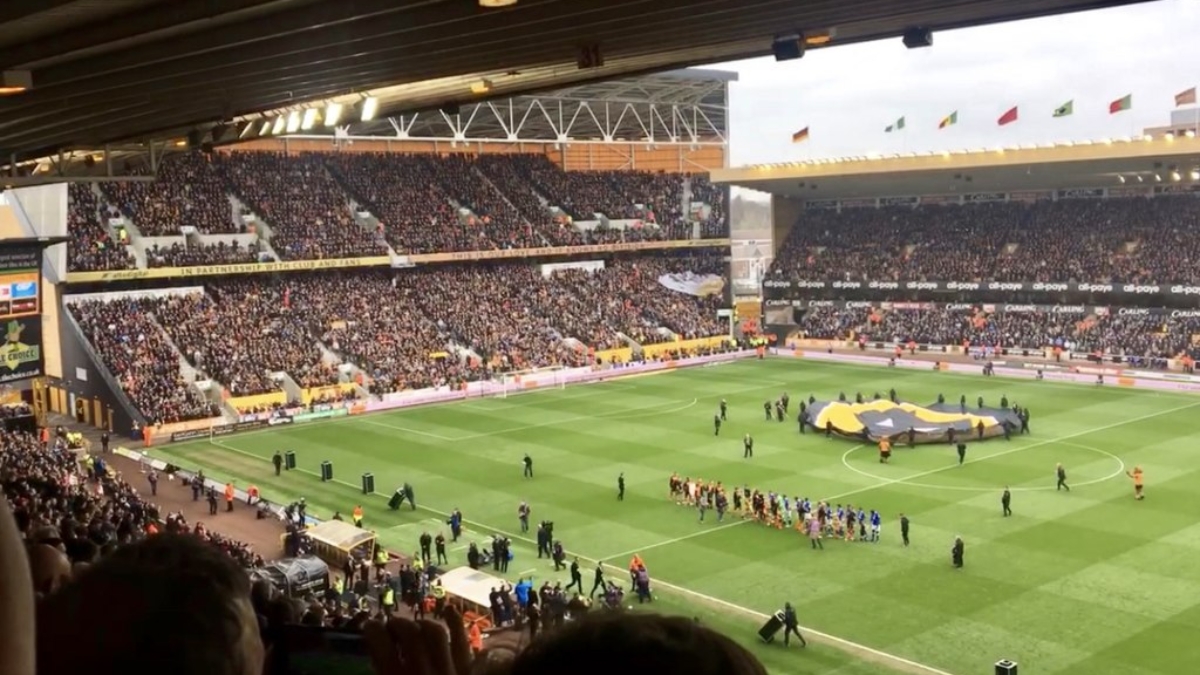 The news broke Tuesday evening through an official club statement (with a corner flag image to boot) that Laurie Dalrymple had left the club with immediate effect. It shocked the whole Wolves community. Why has a man who, on the face of things seemed to have such a fruitful relationship with the Wolves board members been given the boot?

It’s strange and we’ll probably never know the real truth but large portions of supporters have displayed their discontent at the decision and you can see why.

Laurie was initially hired as Head of Commercial at the club before moving into the prestigious Managing Directors role after just a year and a half at Wolves. He’d always communicated with fans magnificently and looking back at old photos and interviews, he’s certainly improved on his own image along the way. Along with Fosun, it felt like he’d brought the good times back to Wolves and fan engagement was at its highest that I can ever remember. He’d always be the one to break big news, whether it be positive or negative and was a real spokesperson for the club – making this all the more shocking.

Perhaps that was a large part of what he did at Wolves. It seems wrong to speculate but we don’t know whether his hands were tied behind his back by the powers that be and that he was used as a tool to connect and communicate with fans – something that the likes of Jeff Shi couldn’t maybe do. Rumours that he was speaking to other clubs, hence the garden leave have circulated but why on earth would you want to leave one of the biggest rising clubs in Europe? Another rumour doing the rounds is that he’d spanked the commercial budget for the year without any real return on the clubs investment. That’s something I feel a bit more inclined to believe just based on the number of fucking fireworks and flamethrowers we saw last season (which did really boost the match day experience may I add). There have been so many things that us fans have been wanting for years, such as the novelty of card machines in the stadium at the concourse kiosks that Laurie delivered on – but all these things do come at a cost.

I’d suggested on Twitter that the MD of the club would have the final sign off on senior squad players which could go some way towards explaining the total lack of transfer movement at Wolves but as stated in the refined official statement, Laurie never oversaw footballing matters.

Of course, as at any company, the role of an MD comes with a hefty salary and benefits packages. You can imagine Wolves were paying upwards of £150,000 exc. benefits for such a role and with no plans to replace Laurie, Wolves could be cutting back.

It’s a real shame. I really liked Laurie and what he brought to the club. From the outside perspective, he’d done a sterling job. Some would argue that with a big budget and with the team doing so well on the pitch that the job was made easier but it’s still a huge task. It does worry me a little that Fosun are stripping the club back and making wholesale changes, so I just hope we keep our identity through it all.

Everybody at Talking Wolves would like to wish Laurie all the very best in his future endeavours.