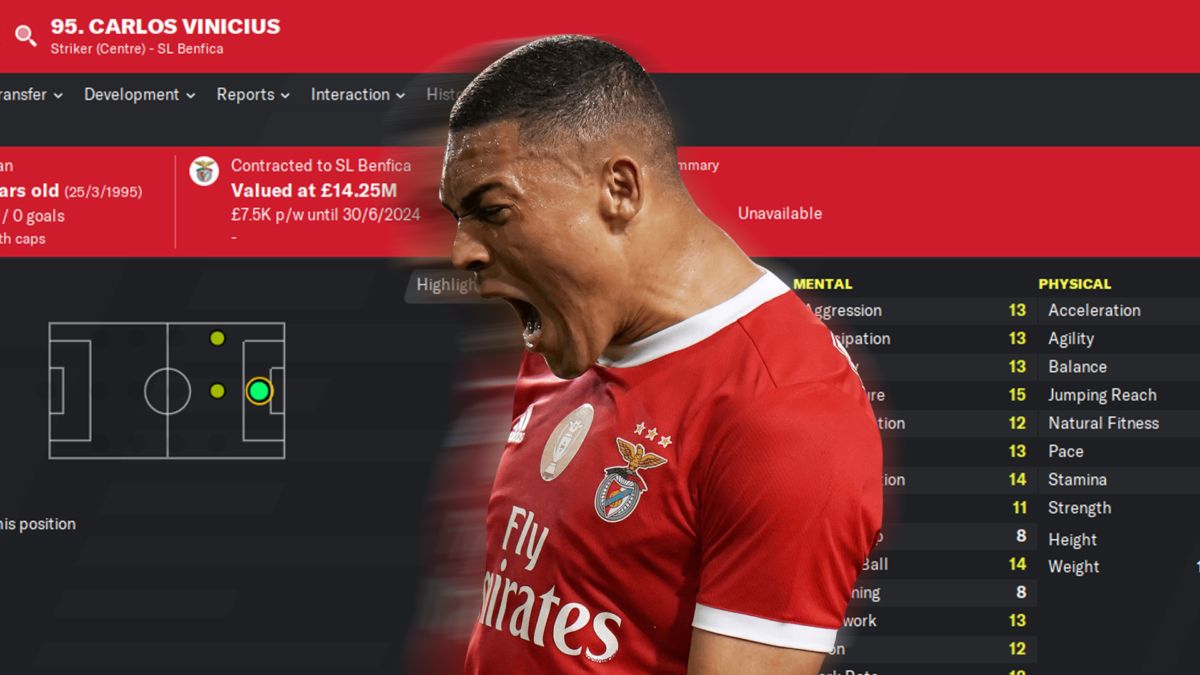 We’ve teamed up with the 5 Star Potential podcast once again to delve into the murky world of Wolves transfer rumours. Co-host @FridayNightFM has turned to Football Manager 2020 to run through the transfer rumours from last week and give his opinion on Wolves’ potential new boys.

The Football Manager database is the most comprehensive collection of data relating to professional football in the world. Over 1,300 scouts have analysed more than 600,000 players and coaching staff.

Currently unproven in a top division, Ajer has so many similarities to former Celtic defender Virgil van Dijk, strong on the ball, good in the air, a threat from set-pieces and an excellent distributor of the ball. In this current Wolves side Ajer would fit in perfectly with his ability to start attacks with sudden vertical passes or play his way out of trouble with the calmness and composure he honed as a central midfielder earlier in his career.

Wolves weren’t exactly overawed with their last signing from Real Madrid, but Óscar is arguably a hidden gem in an arsenal of midfield talent at Los Blancos. Currently on loan at Leganes, Óscar, is a more attacking version of Neves, he loves a shot from distance, only Lionel Messi scored more from outside the box this season and he possesses a deadly freekick.

Benfica’s Brazilian bagsman is the talk of the town across Europe but Wolves’ strong links to Portugal mean they’ve been linked with him for some time now. At 6’4 there’s a chance that he could be lined up as a replacement for Raúl Jiménez should he depart in the summer as the pair have a number of similarities. Vinícius is more than just a target man, his strength and speed coupled with his poacher like attributes mean he could be deployed as an out ball target from the back or finishing off an attack with his deadly left foot.

Loader is one of the relative unknowns from England’s Under 17 World Cup winning squad from 2017. In a squad that contained the likes of Callum Hudson-Odoi, Phil Foden & Morgan Gibbs-White it’s fair to say that Loader’s profile has been somewhat halted due to him being outside the Premier League. On the flip side, he’s been playing first team football regularly where the others haven’t and although Reading play him through the middle as a striker he’s probably more comfortable playing from the left or right and when there was talk of a move to the Bundesliga, the Jadon Sancho comparisons started. In Football Manager he’s still very raw and similar to real life he needs some elite competition to fulfil his obvious potential.

I’m going to hit this straight off the bat, he gives me Adama vibes. He can play across the front three, mainly operating from the right and loves to play direct football taking on his opponent at any given opportunity. Much like Adama he needs nurturing and in Nuno he has the perfect mentor. Dennis has plenty of eyes on him in real life, along with Wolves he’s been linked with Arsenal, Newcastle and Lyon and with Brugge expected to accept offers of around £13m he could prove real value in the market post Covid-19. In Football Manager his pace and acceleration are his stand out attributes, add a knocks ball past opponent player trait on him and he’ll be the nemesis of many a full back!

If you’d like to see more of these reviews make sure you share the content on your socials and ask for more. The 5 Star Potential Podcast is a weekly Football Manager podcast from the team at WeStreamFM with a new podcast released every Monday.