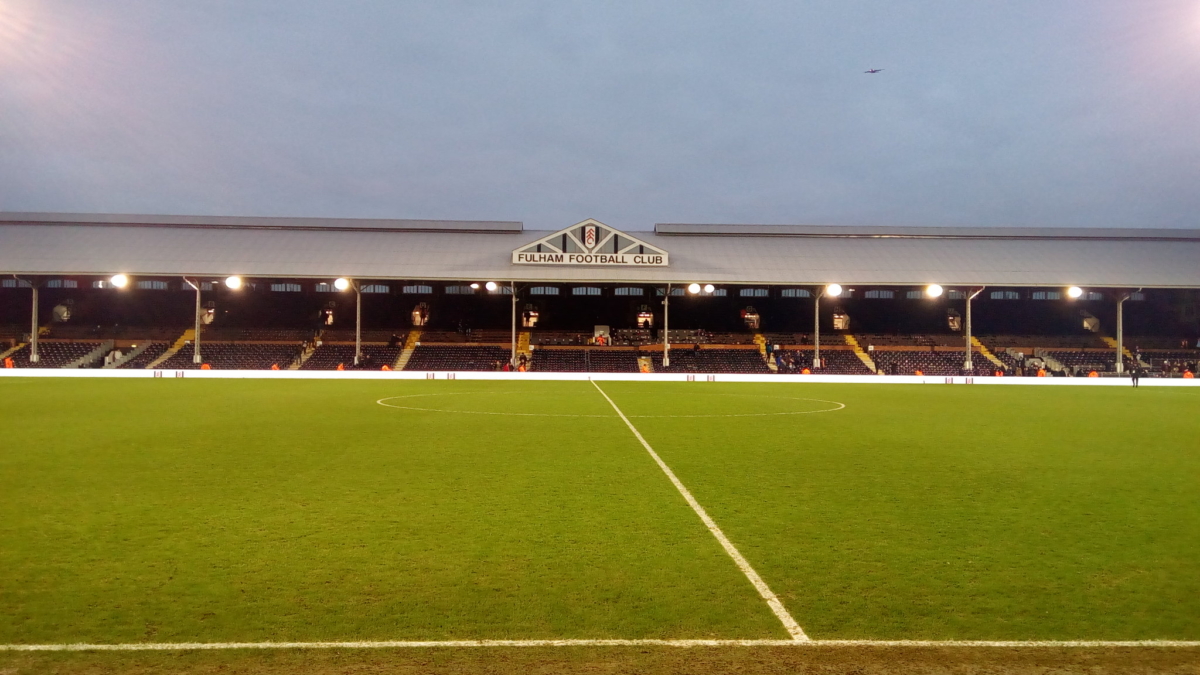 Typical Wolves. Just as you’re ready to pen a withering diatribe about system failures or thump out a tweet listing the names of players you’d gladly flog in the summer, up pops Traore with a screamer. Grimacing, you accept the three points.

Nuno and his coaching staff merged in to a familiar celebratory huddle as Alphonse Areola committed the ultimate goalkeeping crime of being beaten at his near post. In the opposite corner, Scott Parker looked like a man who could do with an arm around the shoulder himself.

Fulham’s tears on the Thames

As anyone with a pair of eyes will attest, it was far from perfect, but Wolves got the win, smashed and grabbed three points and left Fulham wallowing in literal tears of misery. It was harsh on the home team.

In fact, making a case that either side deserved maximum points would be a stretch. Silva’s through ball was divine, Traore’s thumping finish ruthless and the previous hour-and-a-half of tedium almost forgotten.

There were personal battles raging all over the pitch. Kongolo, Tete and Andersen toiled hard to keep Podence, Neto (briefly) and Traore honest. Back in the side to torment his old defensive foe, Conor Coady, Serbian international Aleksandar Mitrovic had spent a lot of the season warming the bench.

Enjoying good international form, when Mitrovic scored against Aston Villa on Sunday, Fulham were half an hour away from closing the gap even more on a Wolves side that lost to West Ham shortly after. Fulham opted for capitulation, Villa came back to win 3-1 and the gap remained.

Back at Craven Cottage, in first half injury time Daniel Podence teased a dainty cross into the box and Willian Jose did what he was supposed to do. Powering a header past Areola, the Brazilian wheeled away in delight having finally broken his duck. Or so he thought.

Instead, VAR crashed the Wolves party room, flicking on the light like an angry parent. Jose and company had been cruelly foiled. This new-fangled technology, designed to remove discussion and debate over contentious decisions, once again attempted to suck away any last vestige of goal scoring enjoyment.

Cavaleiro missed his opportunity for revenge

The sign of Ivan Cavaleiro leisurely jogging on to the turf may have filled some observers with dread. Old player coming back to bite Wolves, just as former favourite Diogo Jota had done for Liverpool. It was written. Or maybe not. As reliable as a Duncan Castles scoop, ‘Cav’ dutifully drifted into obscurity.

With 15 minutes remaining Wolves suddenly looked a little fingernail ragged, clinging on with a touch more desperation as each minute passed. The end-to-end frivolity of Monday night’s defeat to West Ham garnered little fruit while providing sporadic moments of entertainment. This was just dire.

The away side’s kit may have strongly resembled the free-flowing pleasures of a prime Portugal, but that was where the similarities ended. Wolves’ approach was stale. It lacked imagination. Nobody would’ve batted an eyelid had the camera panned pitch side to find Jose Mourinho sitting in the away dugout, pulling the tactical strings.

Bounding around the field with all the enthusiasm of a new-born puppy, snapping at the heels of the Fulham players, Fabio Silva’s endeavour was never beyond question. Even an unfortunate collision with an advertising hoarding failed to dampen his zeal.

Unlike his impressive cameo against West Ham, Silva was unable to hit the net. No matter, VAR probably would’ve ruled it out anyway. Fabio made do with a silky slide rule assist to release the beast that is Traore and help push the Cottagers further into the relegation mire.

Even the slithering killjoys at Stockley Park were unable to prevent the marauding Spaniard from ending his goal drought. Adama’s powerful strike successfully killed off any lingering doubts around Premier League survival.

The muscled Adonis had engineered a reward for months of fruitless labour and for another night the wider cracks remain glued with a few sheets of A4.

As bubbling frustrations across Wolverhampton and beyond quickly simmered, Nuno will not sit comfortably. Those withering tweets are merely postponed. Consigned to drafts until we return.