Ruben Neves, undeniably special. A player who has simply encapsulated the hopes and dreams of Wolverhampton within his right foot. A player many consider to be the greatest since the legendary ‘Bully’ – the newest addition to the Wolverhampton icons catalogue.

Ruben joined his beloved Porto’s youth setup at the age of eight, bringing countless displays of footballing maturity at such a young age. For this reason, Julen Lopetegui invited the fresh-faced youngster to participate in the first team setup ahead of the 2014-15 campaign. Neves’ performances continued to impress; and the following season saw him become the youngest player to start in the Champions League at 18 years old. Despite his early success, Neves’ game time decreased in his final season with the Portuguese giants – much to the young maestro’s disappointment.

A young man, on the quest to prove his extraordinary potential on foreign land, took the plunge by joining Wolves in the summer of 2017. At the time, becoming the most expensive arrival in Championship history at a significant £16 million, sending the shockwaves throughout the rest of the league. The new-look Wolves didn’t just come to succeed, they came to dominate, and Neves was the jewel in the crown. The Championship winning season of 2017-18 will forever go down as one of the clubs’ greatest successes, the long-awaited promotion back to the big time, adjacent with the feeling of domestic dominance, Wolves were the kings again. Alongside accruing one of the highest points-tallies in the league’s history, a file of the greatest strikes was created under Ruben’s name solely. 30,000 stood in awe as Ruben painted pictures with a Mitre ball. The greatest of them all? Wednesday night, under the lights, you know the rest. Ruben struck Derby into disbelief, the greatest goal that Molineux had ever witnessed, a volley defying description. 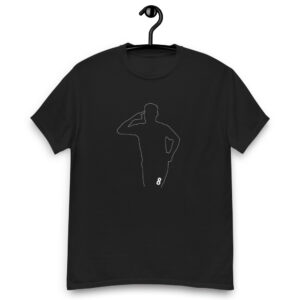 The two brought a delightful mixture of composure and elegance, with fans pinching themselves upon the release of a team sheet. One astonishing season later and a 7th place finish, Wolverhampton Wanderers were back on the European stages. Ruben sat as the anchor of the Wolves midfield throughout a gruelling season, competing on multiple fronts, whilst maintaining a consistency that only the best are able to achieve. Yet the 2020/21 season was rocky for all involved with the football club, with player performances accurately reflecting the mood of the fans, deep within an unprecedented footballing landscape.

Nuno’s departure made space for Bruno Lage to enter the fray, giving Neves the licence to be free, a licence to kill. Ruben was freed from the shackles of the previous regime and given the platform to astonish the Molineux faithful once again. A delightful plethora of passing technique, partnered with an ease to dictate tempo (and some rather long hair), Neves has reached vintage Pirlo, perhaps a nod to his footballing idol. His quality is by no means only recognised by those of Wolverhampton, as is the case with any star, European goliaths remain sniffing for the Portuguese’s services. Transfer fees don’t represent his value; countless moments of fan emotion, bottled on his mantlepiece, sat alongside Player of the Year awards do instead. Underrated beyond belief, holding midfielders don’t come much better than Neves, and he just so happens to be at the core of the club we adore. Moreover, there is an unwavering loyalty from Ruben towards the club, a loyalty that is appreciated hugely. 24 years old, nearly four Premier League seasons and a Europa League run under his belt. Truly, a staggering talent, a future captain.

Watching Neves play in the old gold and black is beyond a pleasure, and long may it continue. Wonderkid from Porto? Wolverhampton hero. Nós te amamos, Ruben.